An interactive fanfic adventure based on Anne McCaffrey's Dragonriders of Pern® and Dragonchoice's Madellon Weyr. Developed by Faye Upton and illustrated by Chris S. Baily, Emily Holland and Melanie Reynolds.

And there's a Deep Secret buried at the heart of Madellon Weyr - the first player to find it wins* a unique trophy designed and created by 3D artist Mat Baily! (*Terms and conditions apply!) 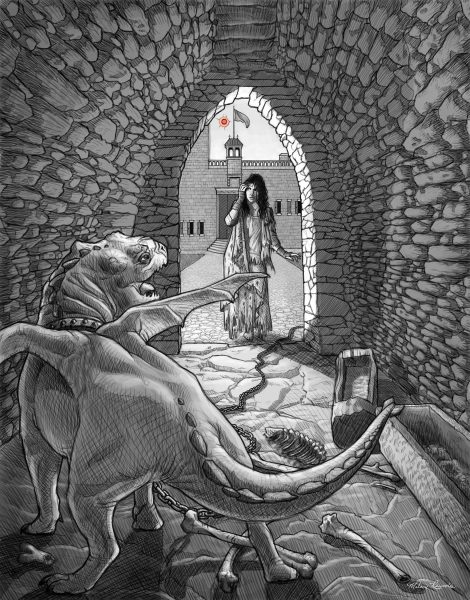