Dragonchoice – You Choose: Candidate is nearing launch (and Search is still open) – but the UK contingent of the Dragonchoice dev team recently had a weekend out in London!

Chris reports from behind the pencil!

We just had to take a photo when we came across this specimen of everyone’s favourite drinking game magnet at the Natural History Museum! This is actually the first time I’ve seen this particular species of Draco lizard – not the more common Draco volans that many people seem fascinated with as a “real life dragon.” I do wish that the London Zoo had had some live Draco of any species – that would have been pretty awesome to see, since they’re pretty delicate animals, and somewhat difficult to keep in captivity.

This was my first sketch of the weekend, in the Science Museum – looking up at the various small planes hung from the ceiling to get a good mental picture of fighter-plane size. The rough plane sketch is a Lockheed 10A Electra, 38′ nose to tail.

Below it, I’d been thinking about the actual overall proportions of Pernese dragons, and what works for my personal aesthetic preferences, the overall “feel” of the dragons from the books, and the bits of descriptive content we actually get. I’ve added a couple of approximately 38′ dragons – a rather long-necked, small-headed and short-tailed fellow, and a more typically proportioned longer-tailed dragon, with my usual favourite fella for scale, the 6-foot-tall B’nana. The 42’ish fellow feels more like a blue to me than, say, the largest queen dragon ever.

We know from descriptions in Dragonsdawn that Carenath is meant to be just over 16 hands high (5’4″) at the shoulder the first time that Sean rides him – but there are some figures given in the DLG and by AIVAS suggesting that he’s meant to be visibly smaller than Ruth at 18′ nose to tail. That leaves us with some really weird proportions (although this is exaggerated!) – and I have to admit, this particular dragon build is very much a “Thanks, I hate it!” I can say with some certainty that I do not believe that Carenath is this short of neck, body or tail, because there’s really nothing graceful about that.

Of course, the highlight of any trip to any natural history museum is the dinosaurs. It’s no secret that most of my dragons are based on generally dinosaur-like ideas – so these are pushing the dinosaur resemblance to the extreme, to see if there is a build and body shape that really looks like it works.

The large fellow (“Girth”) in the middle was based on NHMUK R5674 – Mantellisaurus, the iguanodont in the entry hall of the museum. This feels a little too short in the neck for me, and visually speaking although the shoulder height isn’t bad for a green, I’d want probably a third again the length to really balance her out – 20′ nose to tail just doesn’t work here for me.

In the upper left we’ve got “Width” – a generic medium-theropod based dragon (something sort of small Allosaurid) – again, 20′ nose to tail – and again, too short in the neck, although I think the forelimbs are closer.

Then, down in the lower left, we’ve got “Length” – who is based on the sauropod dinosaur Camarasaurus (scaled down to the 20-foot length we’re using for reference) – although I quite like the proportion of those legs and she looks like she’d have that skip-hop gait, she’d need to be at least twice the size (height and length) to be even a green in terms of shoulder height that’s described in the books – popping her up to around 40′ nose to tail.

And lastly, in the upper right, you’ve got “Yeth” – who is closer to my usual dragon proportioning – and again, would be too short in the shoulder to be the right size for a green.

This one was a random doodle that wanted to happen while I was sitting in Dragonchoice Central, the room where the fanfic magic happens – mostly to explore “can I draw something recognisably humanlike” (IMO the answer is still “not really, not without references!”)

This one was a very sketchy one because it was drizzling lightly when we reached the wallaby enclosure – this was day two, at the London Zoo. I do really want to explore the “walking posture” of a kangaroo for Pernese dragons – it’s that awkward hop-skip.

So that was the Dragonchoice team day out – featuring ancient monsters, modern lizards, vintage aircraft and the odd live animal! And hopefully we’ll have whetted your appetite for some of the art that will feature in Dragonchoice – You Choose: Candidate!

Will Postie the fire-lizard be bringing you a Notice of Search? Register your candidate for the Hatching for an exclusive code to use in Dragonchoice - You Choose: Candidate!

You can register as many Candidates as you like - but you won't need to be pre-registered to play the adventure! 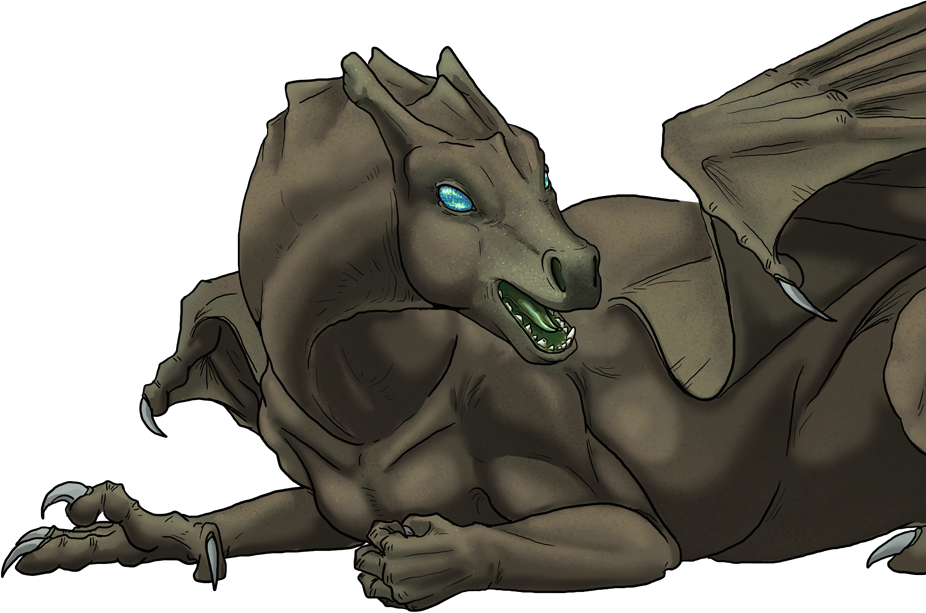 We've received a lot of questions about Dragonchoice - You Choose: Candidate - Weyrlingmaster L'stev's brown Vanzanth answers them all (very grudgingly!) 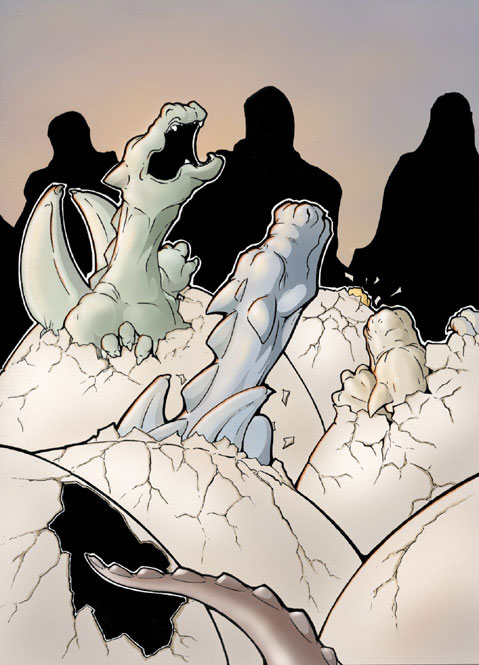