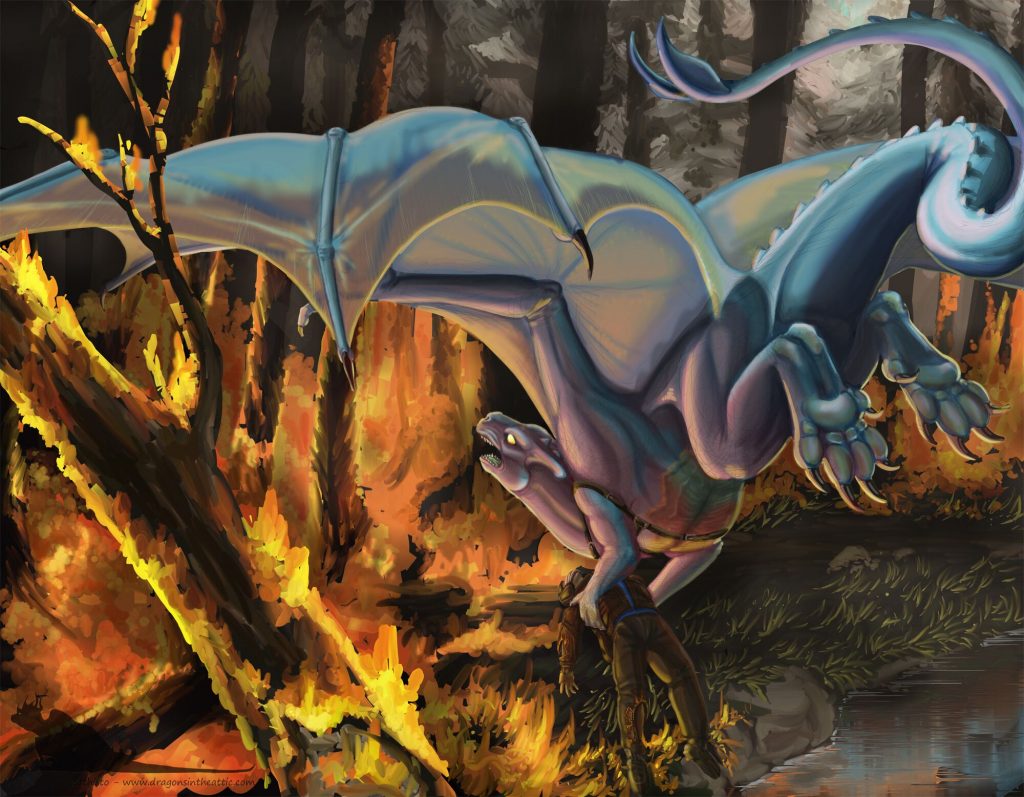 Darshanth plummeted out of the sky, his eyes yellow and white with terror, his wings folded tight to his back so as not to impede his impossible nosedive. The blue screamed as he crashed through the canopies of burning trees, and C’mine could do nothing but close his eyes as his dragon dropped towards him on a collision course.

At the last possible instant, Darshanth’s powerful talons snatched C’mine off the ground, and they went between. (Chapter ten, Dragonchoice)

All right, you’ve got me – this isn’t from Dragonchoice 3. It’s a glorious re-imagining of Darshanth’s rescue of C’mine from the wildfire in Dragonchoice by Ssthisto, who painted the original DC cover. She’s revisited it in brand-new style, and isn’t it breathtaking?